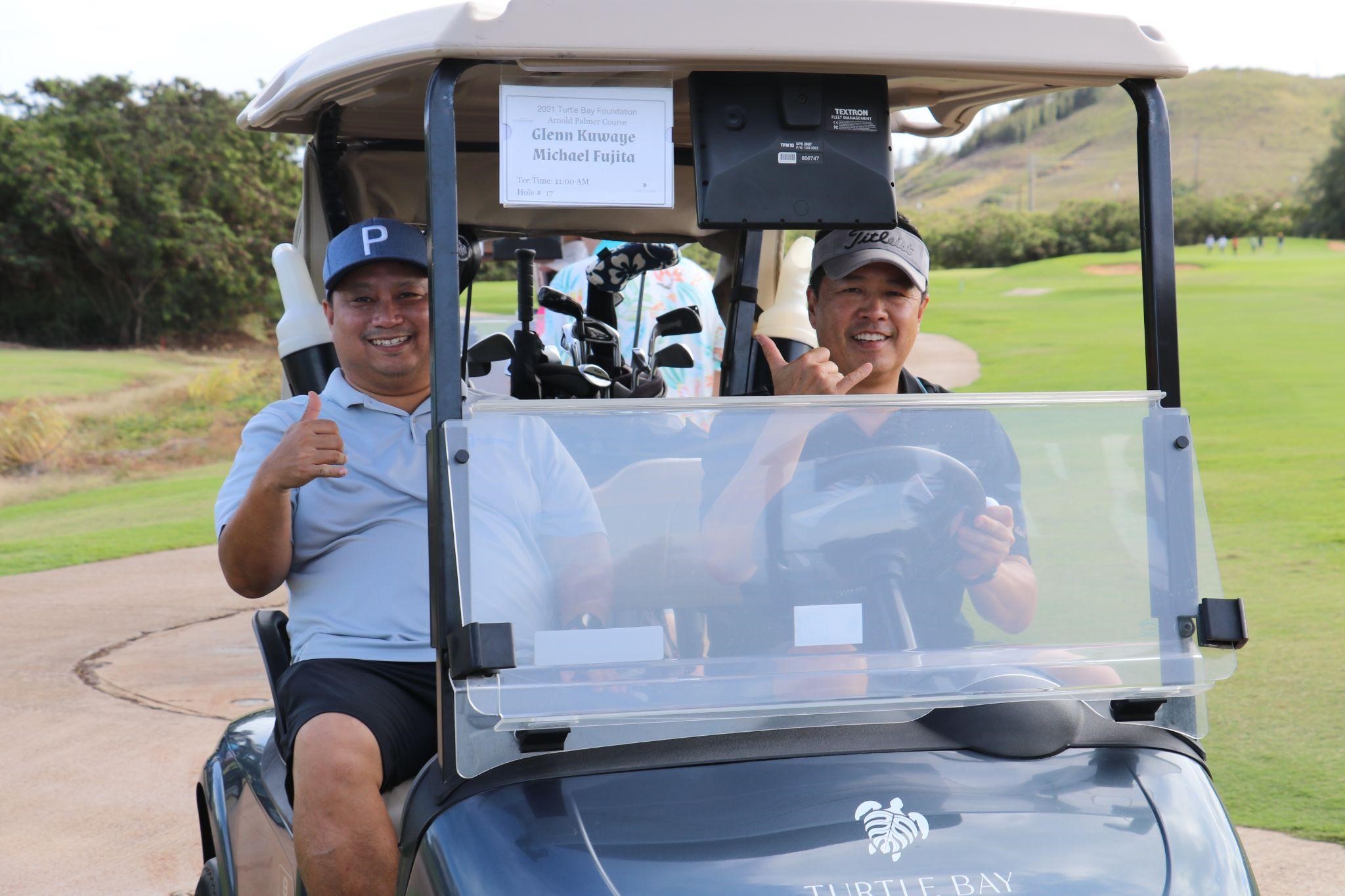 The Turtle Bay Foundation, the charitable giving arm of the Turtle Bay Resort, raised more than $70,000 to support North Shore and Ko‘olauloa communities through its 8th Annual Golf Tournament at the iconic Arnold Palmer Golf Course in late October. The Foundation also held an online silent auction with special prizes like a three-night stay at the newly renovated resort.

“After more than two years, we’re so pleased to host our annual golf tournament once again and raise funds that directly benefit the people and organizations that make the North Shore so special,” said Tom Donovan, vice president and managing director at Turtle Bay Resort. “We know that coming together to support one another has never been more important, and at Turtle Bay, we remain dedicated to giving back the community we’re so proud to be a part of. This tournament is all about setting our North Shore students up for success by raising funds for scholarships. It is all about the kids!”

Nearly 35 teams representing more than 28 companies swung into action for the tournament. Individual golfers also competed on the putting green and in special challenges like closest to the pin and longest drive. A team from Hamasaki Construction claimed victory as the tournament champion.

In the coming year, the Foundation will use the funds to award scholarships to students pursuing higher education and grants to nonprofits making a difference in our neighborhood. In addition to the annual golf tournament fundraiser, the Foundation is also supported by guest contributions who are invited to donate a dollar a day during their stay at the resort. Turtle Bay Resort reopened its doors on July 1 after a property-wide transformation that celebrates the natural splendor of the North Shore.

Since its inception in 2012, the Turtle Bay Foundation has donated nearly $1 million in scholarships and grants to students and organizations making a difference on O‘ahu’s North Shore. The Foundation awarded $60,000 in scholarships to 48 students working towards their college degrees in May.